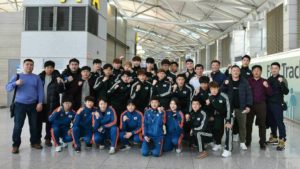 Kodituwakku and Saparamadu received the awards in the Clifford Cup by Mr. Dian Gomes

Mr. Abdullah Sattari – We are so thankful to Mr. Serik Konakbayev receiving this special award for our work in 2017