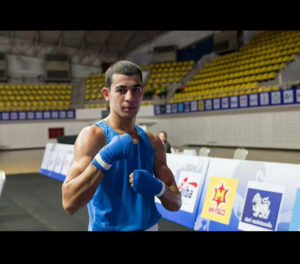 Syria’s newcomer Ammar Haidar impressed in the semi-finals
Syria sent a strong team to the Arab Elite Boxing Championships and some of their boxers are newcomer in the elite level and Khartoum is their first big international competition. Among them Ammar Haidar was quarter-finalist in the Pavlodar 2016 ASBC Asian Confederation Youth Boxing Championships but in the elite tournaments he is still inexperienced. The young Syrian not only won his semi-final over Lybia’s Mahmed Hafith Al-Mansouri but he dominated all of the rounds and advanced to the title bout of the light welterweight (64kg). His final opponent will be Morocco’s strong Hamza Rabii who is member of the national elite team since 2015.

Qatar’s Thulasi Tharumalingam continued his strong performance in Khartoum
Qatar’s best boxer Thulasi Tharumalingam joined to their national team in 2015 and following his tough efforts he qualified for the Rio 2016 Olympic Games. Since that event he moved up to the welterweight (69kg) and uses the Khartoum event as preparation for the ASBC Asian Confederation Boxing Championships. Qatar’s No.1 knocked out Lybia’s newcomer Emhamed Elmagassbi in his opening contest in Khartoum and continued his winning path in the semi-finals. Tharumalingam had a more competitive rival Morocco’s Sofiane Tachi but his strengths and stamina were perfect combo to beat his North African opponent. 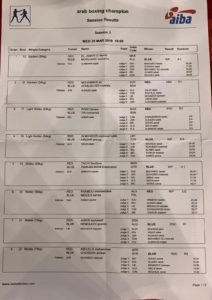 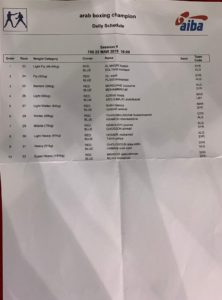