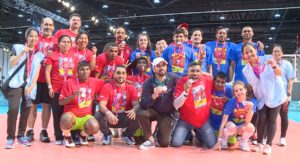 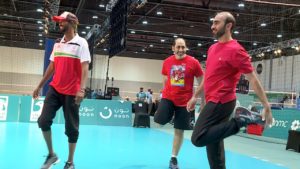 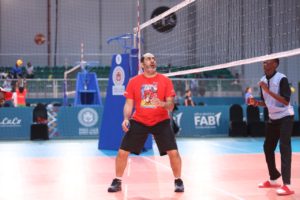 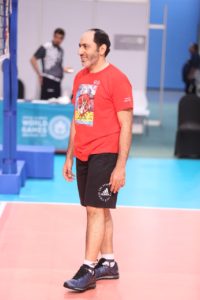 President of the Asian Boxing Confederation and AIBA Vice-President Mr. Anas Alotaiba supported the Special Olympics World Games Abu Dhabi 2019 which was held in the Zayed Sports City Stadium. Mr. Anas Alotaiba attended in this important Special Olympics which shows his high level of social sensitivity to support those athletes who are exemplars for the hard work in spite of their disabilities.
The Special Olympics World Games celebrates all participants and athletes with different disabilities regardless of their level. During the Abu Dhabi event the athletes could compete with other participants of similar abilities, skills and age. Altogether 24 different sports were involved to the official program of the Special Olympics World Games Abu Dhabi 2019. The event’s main objective is the athletes’ rights to accomplish their Olympic dreams.
Mr. Anas Alotaiba is a real sportsman and a well-known person in the whole Asian continent and supports all kind of sports through the continent. His friendly personality, strong management skills and gentleman style is an idol for the new generations of athletes and youth in the United Arab Emirates.
Mr. Anas Alotaiba worked to be approved the Hijab for the women boxers of the Arabic countries since he was elected as ASBC President which was one of his main goals during his pre-campaign. The official approval of Hijab was confirmed in the recent AIBA Executive Committee meeting in Istanbul last February.
Following that a new success of the program is United Arab Emirates and Bahrain registered female boxers to the upcoming ASBC Asian Confederation Boxing Championships at the very first time. The Gender Equality Program will be guaranteed the development of women boxers, the transparency and the fairness.