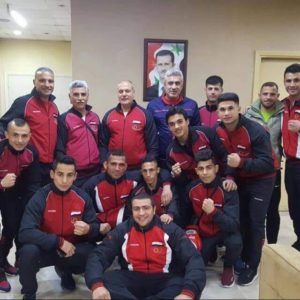 Syria’s Hussin Al-Masri claimed Asia’s first title in Khartoum
Syria’s Islamic Solidarity Games winner Hussin Al-Masri was the ASBC Discovery of the Year 2017 and impressed all of his coaches and experts with his strong development. The Syrian light flyweight (49kg) boxer had to meet in the final of the Arab Elite Boxing Championships with Algeria’s Mohamed Soltani and he was able to get the control of the bout quickly. The 27-year-old Syrian boxer used his excellent footwork and pressurizing style to beat his North African opponent achieving Asia’s first title in Khartoum.

Syria’s third title was achieved by Alaaldin Ghossoun
Ahmad Ghossoun’s elder brother Alaaldin is member of the national team since 2011 but he is on the top now following his plenty of international experiences. The ASBC Asian Confederation Boxing Championships bronze medallist Alaaldin Ghossoun also won the Makran Box Cup in Iran last month and he was enough strong to get his next title. The 27-year-old boxer controlled all of the rounds against Algeria’s Mohamed Said Hamani and won the title of the heavyweight (91kg) in Khartoum.

Mohamed Moulayes earned Syria’s fourth gold medal in Khartoum
Syria’s Mohamed Moulayes joined to their national squad in 2013 and quickly won a bronze medal at the Amman 2013 ASBC Asian Confederation Boxing Championships. He repeated that performance also in the 2017 edition of the ASBC Asian Confederation Boxing Championships in Tashkent. The 26-year-old super heavyweight (+91kg) boxer had a tough semi-final in Khartoum but following that narrow success he dominated his final fight against Sudan’s Abdulrahman Mansor.

The Asian medallists in the Arab Elite Boxing Championships 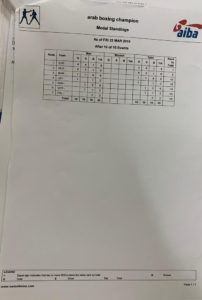 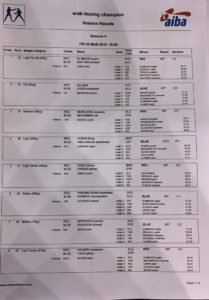 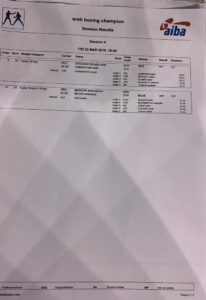