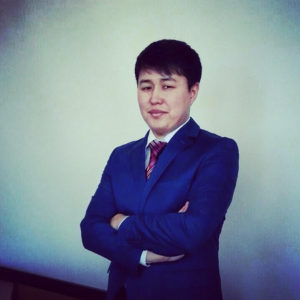 Mr. Baglan Beysenov of Kazakhstan was officially appointed as IT Manager of the Asian Boxing Confederation (ASBC) today. His new position stated in the official ASBC letter which was approved by AIBA Vice-President and ASBC President Mr. Anas Alotaiba of United Arab Emirates.
The AIBA Congress was taking place in the Russian capital in Moscow one and half month ago where the affiliated National Federations elected the leaders of the boxing world and Asia. The newly elected President of the Asian Boxing Confederation is Mr. Anas Alotaiba of United Arab Emirates and he appointed Mr. Baglan Beysenov as ASBC IT Manager today.
Mr. Baglan Beysenov was born in the city of Kentau, South Kazakhstan on September 25 in 1988. Following his studies in Kazakhstan he raised his educational level in the Multimedia University in Malaysia from 2007 until 2011.
Mr. Beysenov started his working career in South Korea and returned to Kazakhstan on August 2011. He worked as IT Helpdesk Specialist, SAP Administrator, Script Developer, Data Manager, Developer and Programmer in several companies in Kazakhstan.
Mr. Beysenov joined to the world of boxing in 2015 and started his work in the Asian Boxing Confederation three years ago and he was responsible to upload all news, contents, handle the ASBC website, IT issues and any other business.
Mr. Beysenov’s experiences in the boxing world and ASBC, furthermore his excellent attitude and professional background in all parts of the IT sector will be strengthening in the Asian Boxing Confederation and his work could be the way of success for Asia’s boxing life in the forthcoming years.