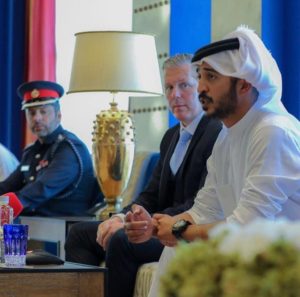 A Western Asian country, Bahrain arrived to a new milestone in our sport following they will be writing history in the upcoming ASBC Asian Confederation Boxing Championships in Bangkok. Two of their boxers including one woman will be attending in the continental level at the very first time raising the number of the nations in Thailand’s capital.
The competition will be starting after the ASBC General Assembly with its first competition day on April 18. A developing ASBC affiliated national member the Bahrain Boxing Federation restructured in accordance to the newly formed Board less than one year ago. The Bahrain Boxing Federation is working on their long term strategic plans in order to develop boxing in the Gulf country.
Mr. Khalid Aziz Alkhayyat the President of the Bahrain Boxing Federation realized his goal to send their athletes to international events following the national team has been formed in the recent years. Their boxers attended in the 2016 Gulf Countries Tournament in Riyadh and the squad trained in Saudi Arabia in a joint camp. Bahrain’s Hamad Husain and Abdullatif Ahmed both claimed two bronze medals in the Gulf Countries Tournament in Riyadh on that event which was their first appearance in the international stage.
Bahrain will be sending a woman boxer to Bangkok which is another historical step from the developing country. Noorineesa Noorahmed Ameer Jan will be attending in the women’s flyweight (51kg) at the ASBC Asian Confederation Boxing Championships in Bangkok. She trains in Muharraq which is Bahrain’s third largest city and will be the first ever female boxer from the Gulf region who can attend in the continental level.
Muhammad Bilal Muhammad Zaman Moshwani was born in Pakistan in 1999 but his family moved to Bahrain when he was a child and the student started his boxing career in Al-Manama. The 20-year-old boxer will be competing at the men’s flyweight (52kg) in the ASBC Asian Confederation Boxing Championships.

The Bahrain team in the ASBC Asian Confederation Boxing Championships