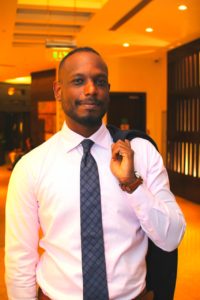 Mr. Wail Elsadig was officially appointed as Finance Director of the Asian Boxing Confederation (ASBC) today. His new position stated in the official ASBC letter which was approved and presented by AIBA Vice-President and ASBC President Mr. Anas Alotaiba of United Arab Emirates.
The AIBA Congress was taking place in the Russian capital in Moscow one and half month ago where the affiliated National Federations elected the leaders of the boxing world and Asia. The newly elected President of the Asian Boxing Confederation is Mr. Anas Alotaiba of United Arab Emirates and he appointed Mr. Wail Elsadig as ASBC Finance Director today.
Mr. Wail Elsadig was born in Abu Dhabi, United Arab Emirates on June 1 in 1981. He studied at the Sudanese Academy in Sudan where he has done successfully the Financial and Banking professions.
Mr. Elsadig was joined to work to the Taxation Department in 2005 then he went to work to the United Arab Emirates with Group of Companies as a Senior Financial Controller in 2009. In the same year as Mr. Bassam Ghanem he joined to work to the staff of the United Arab Emirates Boxing Federation and GCC Boxing Organizational Committee in 2012 as Senior Financial Controller.
Mr. Elsadig worked in several areas and positions of finance in the recent 14 years and attended professional and world class courses in Internal Controlling, Polices & Procedures, Preparation & Implementation, Preparation & Implementation, furthermore Strategic Planning and Financial Acumen.
Mr. Elsadig knows the boxing environment and his enthusiasm, kindness and positive attitude will be strengthening in the Asian Boxing Confederation and his work could be the way of success for Asia’s boxing life in the forthcoming years.