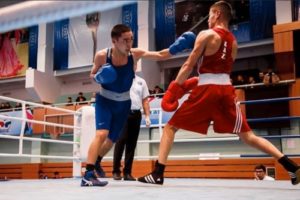 Kazakhstan amazed in the Yekaterinburg 2019 AIBA World Boxing Championships where their boxers achieved six medals out of the eight weight classes. The city of Pavlodar hosted the 2016 edition of the ASBC Asian Confederation Youth Boxing Championships which was taking place before the Rio Olympic Games. The Vakhitov Prizes Tournament is the most traditional event in the Pavlodar region of the Central Asian boxing power.

Makhmet Tolegenov lives and trains in the Pavlodar region who defeated Mongolia’s Enkhtur Nyamdavaa in the semi-final of the flyweight (52kg). The Kazakh boxer dominated his final against Budapest 2018 AIBA Youth World Boxing Championships competitor Karim Serkebayev which was a quick fight for Tolegenov.

Republic of Kazakhstan President’s Cup winner Rustam Rustamov was the main favourite for the gold medal at the bantamweight (57kg) but he was unable to fight in the semi-finals. Karagandy region’s Ernest Kokombayev used up the chance to win the tournament following his success over Atyrau region’s Nartay Ibadulla.

Doszhan Kaben is a 19-year-old talent from the Pavlodar region who knocked out Hungary’s Tamas Gombkoto in the quarter-finals of the lightweight (63kg) which raised his motivation in the Vakhitov Tournament. Kaben lost his first fight in the 2018 Kazakhstan Youth National Championships but after one and half year of impressive developments, he stopped Belarus’ Mikhail Sulimau in the final of the division.

Yerbolat Zeinolla was one of the main surprises in the whole Vakhitov Tournament who eliminated former National Champion Kuna Kuatov and in the semi-finals and continued his winning path against 2016 ASBC Asian Youth Champion Ayatulla Takizhanov in the final of the welterweight (69kg). The middleweight (75kg) title was taken by Nurkanat Rais of Atyrau region who was technically better than Russia’s Ivan Yerkhov in the final.

Shaimurat Kusainov has got strong experiences from international events who competed many countries in the recent years. The Pavlodar-based boxer had to meet with former Youth National Champion Mikhail Kokhanchik in the final of the light heavyweight (81kg) but he managed to win that difficult fight.

Ukraine sent a young but talented team to the Vakhitov Tournament and their 19-year-old Marat Hryhorian became champion in the competition following his RSC success over Kazakhstan’s Artem Pchelyakov at the heavyweight (91kg). Atyrau region’s Yerkin Mukhamedzhan had strong experiences in the World Series of Boxing and changed into the super heavyweight (+91kg) where he was too quick for Kazakhstan’s National Champion Olzhas Bukayev which was another small surprise in Pavlodar.

List of the winners in the Vakhitov Prizes Tournament