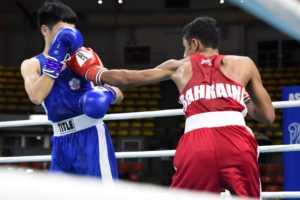 The Big Bout, the Indian Boxing League is planning to be hosted between October 19 and November 10