The new members of the ASBC Commissions are appointed and revealed 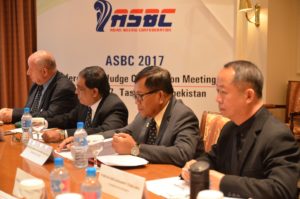