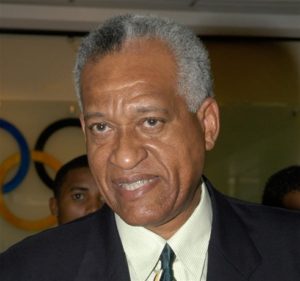 Mr. Domingo Solano is the Honorary Vice-President of the International Boxing Association (AIBA) who led the American Boxing Confederation (AMBC) until 2014. Mr. Solano of the Dominican Republic has got several decades of experiences in the boxing world who shared us his thoughts about Asia’s boxing life, ASBC President Mr. Serik Konakbayev, how ASBC is working and the future possibilities of our continent.
“The boxing of Asia was very active in 2017. The Asian boxers had a good performance in all the official events of AIBA during the year. The ASBC is a very strong organization and one of the most important in AIBA. Asia is also one that presents many of tournaments of AIBA every year.
I think that the main efforts of the ASBC in 2017 were the continental tournaments and the AIBA Women’s World Youth Championship that took place in India.
The boxing of Asia has got a great future. The fact of having on its continent the edition of the 2020 Olympic Games is an excellent motivation to give a big boost to boxing in the region and Asia could do a great role at the Tokyo 2020 Games.
The Tokyo 2020 Olympic Games have created a great expectation all over the world. Japan is a nation that is characterized by its great organization and its developed technology, which suggests that both things will have a transcendent point in the period of the Games.
ASBC President and AIBA Vice-President Mr. Serik Konakbayev is a great connoisseur of boxing given his status as a former athlete of this sport. Given his youth and dedication to boxing, Mr. Serik Konakbayev must play a leading role in the reorganization that must necessarily take place in the AIBA.
Asia is a very big continent and many of its countries have a long tradition in the sport of boxing. The ASBC should try that the member countries with more development and resources implement projects to help the less favoured countries to achieve a better technical level by initiating specific programs to create new R&Js as well as coaches that could take advantage of the AIBA Academy that is on his continent,”