Mr. Balazs Alpar’s biography – The composer of the ASBC Anthem 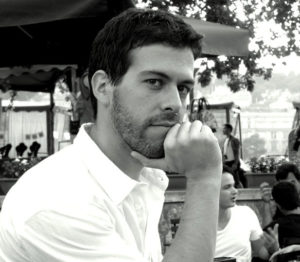 The Asian Boxing Confederation’s official anthem was approved by ASBC President and AIBA Vice-President Mr. Serik Konakbayev and also by the management of ASBC a few days ago. The name of the official ASBC Anthem is the Asian spirit which contains modern epic, traditional and dramatic elements in the length of 2 minutes and 30 seconds.
The author of the ASBC Anthem is Mr. Balazs Alpar who is a well-known Hungarian composer and developed the music for the Asian Boxing Confederation. Mr. Balazs Alpar was born in Budapest on October 29 in 1982 and studied at the University of Music in Vienna, Austria and at the Franz Liszt Academy of Music in Hungary
Mr. Balazs Alpar is a multi-award winner music composer active in various genre fields and famous of Europe’s classical music life. He composed the official music of several feature films, animation shorts, TV-series, commercial and theatre shows. He has created the sound logos of the Hungarian Klasszik Radio furthermore the Palace of Arts in Budapest.
Mr. Balazs Alpar composed music for TV-series Virtuosos and for the HBO documentary ULTRA. He is the in-house composer and sound designer of Kedd Animation Studio lead by Oscar-nominated Geza M. Toth.
Sports have always played an important role in his life, used to be he was a karate athlete for 11 years and worked also a ski instructor in Austria for the recent 10 years. Following his amazing music career and awards in spite of his young age the ASBC management truly believes that he was the perfect composer to develop the official Anthem.

The best youth boxers from Kazakhstan, Iran and India trained together for the Budapest 2018 AIBA Youth World Boxing Championships in Almaty